As this past year was drawing to a close, artist Tyrone wanted to share his reflections on his 2016 and New Year’s resolutions including from his fellow artists (following a tradition started in the studio last year). 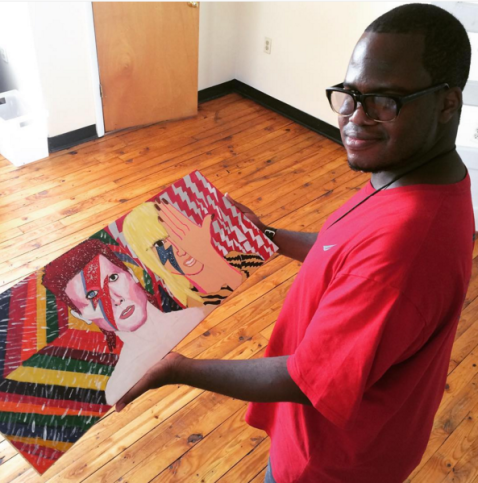 Tyrone felt that 2016 started off strongly when he made a multimedia Inspector Gadget shadowbox-style piece for Make Studio’s 6th anniversary show. He carefully incorporated drawn and painted characters and 3-D woodcut gears. 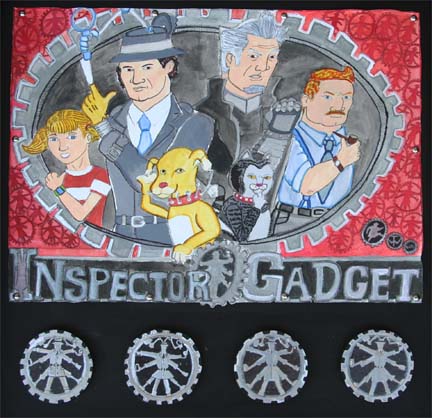 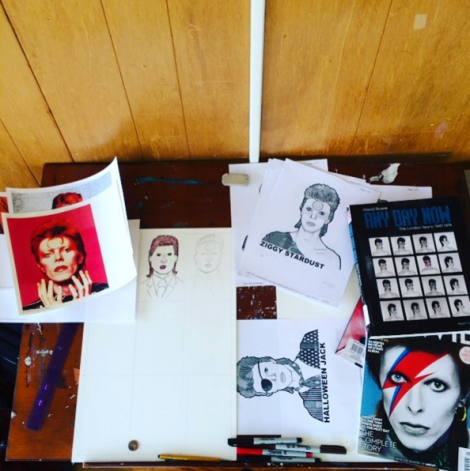 Wanting to share his love of this celebrity with others, he completed two tributes focused on his style evolution, one was an ode to Black Star, and another combined Bowie and Lady Gaga. Pieces were shown at Artscape, The Charmery, Bazaart, and Make Studio’s Holiday Thing. 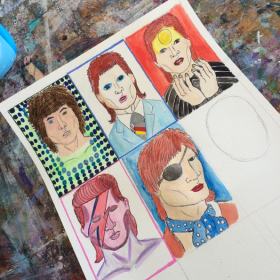 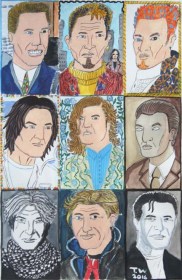 Later, in honor of other celebrities’ passings, Tyrone created a tribute to Prince for Make Studio’s Lantern Parade float, is currently working on a larger Prince tribute, and completed tributes for Christina Grimmie and Phife Dawg. 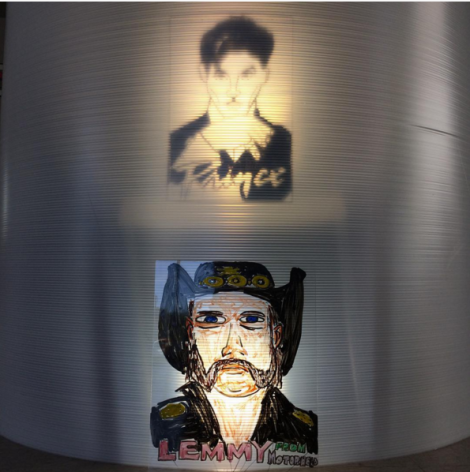 Prince by Tyrone and Lemmy by Jerry Williams.

Tyrone felt that 2016 was a big year for him; he turned 31 and “learned how to handle things responsibly as an adult”, reflecting a lot on the idea of perfection as he advances his art to a new level. As he heads into 2017, Tyrone resolves to keep a positive view of the world as “there may be hard times ahead” and cares about “doing what is right for yourself” and still remaining open to people. At Make Studio, Tyrone has a lot of ideas for projects he wants to work on like a Die Hard poster and a VR Troopers piece.

Several other Make Studio artists wished to share their New Year’s resolutions, too:

Caroline: Not have anymore bad behavior.

And lastly from Tyrone: Godspeed, Starman and goodbye 2016! 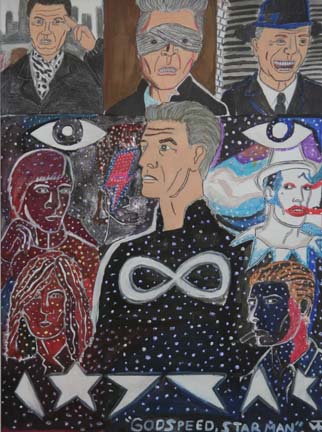 (Please consider helping Make Studio to keep our community growing in 2017; find out more and how to help here.)