Dasha’s most frequently recurring characters — the coffee bears — remind her of floating on cloud nine:

“The bears are carefree, life is good, coffee is hot, and good camaraderie!” 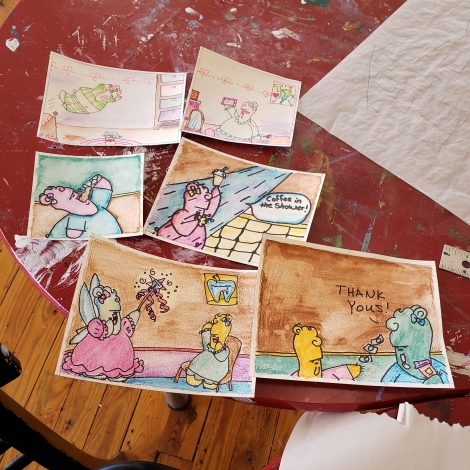 For the upcoming anniversary exhibition, Dasha is creating an elaborate apartment complex to house the coffee bears. Features of the apartment building to watch out for: 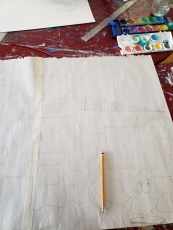 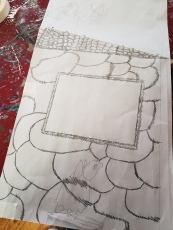 In this and other pieces, Dasha wants to depict the coffee bears as “regular people with a home and place to stay.” The inspiration for their apartment complex came from the houses she’s seen in Baltimore, as well as puzzle houses Dasha played with as a child.